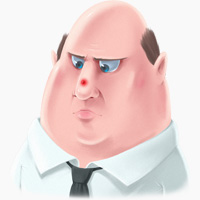 Cosmetic issues with skin health and hair loss can certainly be embarrassing, but most of the time we assume they’re not very serious. Actually though, a lot of cosmetic woes are connected to an underlying metabolic problem, insulin resistance.

With that said, here’s a look at 5 common hair and skin problems and the evidence that they may be caused by underlying insulin resistance. These are only things that affect 10% or more of the average adult population, so no ultra-rare autoimmune diseases with 30 known patients in the whole world. Cosmetic signs of insulin resistance are very common: this study reports that 85% of patients with insulin resistance have at least one kind of skin abnormality.

This isn’t to get you agonizing over every tiny blemish – for one thing, it’s totally normal for adult skin to have some imperfections, scars, freckles, and rough patches. Less-than-Photoshopped skin isn’t a sign of insulin resistance; it’s a sign that you’re a real live person and not a magazine cover. But if you start seeing a pattern, it might be worth your attention, and if you noticed some exciting skin improvements after starting Paleo, this could explain things.

What are they? Skin tags are small, soft, painless bumps that typically grow in skin folds (like the neck and armpits).

Skin tags are so closely associated with insulin resistance that they’re used to help diagnose the condition. Chronically high insulin levels cause abnormal growth in fibroblasts (a type of cells in the skin), which causes the skin tags. 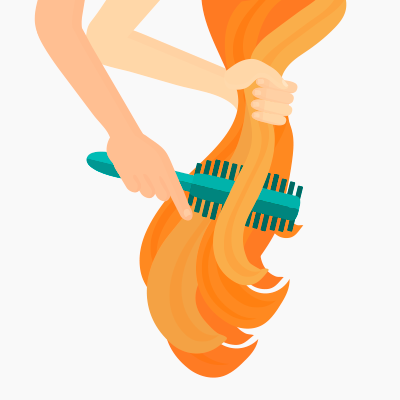 How common is it?

What is it? Male-pattern hair loss.

Androgenetic alopecia is associated with insulin resistance in men and in women. This study even makes the case for a “male equivalent of PCOS” marked by significant insulin resistance and related hormonal problems, causing premature hair loss.

Scientists aren’t totally sure how insulin resistance contributes to hair loss: this study argues that insulin resistance reduces blood flow to the scalp, which prevents the flow of nutrients to hair follicles and reduces hair growth. Insulin also regulates the production of Sex hormone-binding globulin (SHBG), which in turn controls androgen hormones that are the primary regulators of hair growth.

But whatever the link is, it’s strong. Just like some studies use skin tags to help diagnose insulin resistance, this study argues that hair loss can also be a diagnostic tool for insulin problems.

How common is it? About 20% of randomly-selected people have it, but that rises to 74% if you look only at people with obesity.

What is it? Dark-colored and velvety patches of skin, often in the armpits and around the folds of the neck (although they can be other places as well).

There’s a genetic form of acanthosis nigricans, but it’s rare. Mostly, it’s caused by insulin resistance. In people with insulin resistance, production of insulin is constantly high. As this study explains, chronically high insulin levels cause skin cells called keratinocytes and fibroblasts to grow more than usual. This turns the skin darker and causes the roughness.

Several other research groups have found that acanthosis nigricans is associated with insulin resistance. And some trials have found that metformin, which improves insulin sensitivity and is often used to treat diabetes, also reduces AN. As this review put it:

How common is it? Hirsutism is found in about 10% of women.

What is it? Hair growth in places where men usually have hair and women usually don’t – women with beards, mustaches, and chest hair have hirsutism.

Insulin resistance might cause hair loss on your head, where most people want to have hair, but paradoxically, it can also cause hair growth in unwanted places, especially for women.

The two diseases most closely associated with hirsutism are polycystic ovary syndrome (PCOS) and type 2 diabetes. Insulin resistance is a major aspect of both diseases, and there’s also evidence that hirsutism is specifically connected to insulin. For example, this study looked at idiopathic hirsutism (hair growth in the wrong places that can’t be explained by any known disease). The researchers found that hirsutism was associated with insulin resistance. Their explanation was simple: high insulin levels affect the sex hormones that regulate hair growth. In women with insulin resistance, this causes male-pattern hair growth.

How common is it? Almost universal (around 90% prevalence) in teenagers. It’s less common in adults, but quite a few adults still struggle with acne.

What is it? If you don’t know what acne is, thank whatever skin deities blessed you and everyone you know, and feel free to stop reading here.

Insulin resistance also has a role in that scourge of high school life, acne. Specifically, insulin increases the production of the protein IGF-1, which goes on to affect sex hormones and the growth of cells called sebocytes. Sebocytes are the cells that produce sebum – that’s the white stuff in whiteheads and the black stuff in blackheads. Overproduction of sebum is a major factor in developing acne, so by ramping up sebum production, insulin resistance significantly increases the risk of developing acne.

Because acne is so common, it’s been studied to death, and several of those studies have linked acne to insulin resistance. For example, this study looked at men – the worse the men’s acne, the worse their insulin resistance. The classic paper on this for Paleo types is Loren Cordain’s 2002 paper on acne as a “disease of western civilization,” linking acne to the metabolic problems caused by eating a lot of refined carbs.

But the more interesting studies are the ones that try to fix the problem. In this study, the researchers gave men with acne a low-glycemic-index diet (basically “no junk carbs” – the diet was 45% carbs, but all of them from whole foods, not Twinkies and Coke). The men’s insulin sensitivity improved and their acne got significantly better. Insulin resistance might be a factor in developing acne, but that might be the good news, because at least it’s possible to do something about the problem and see the acne improve.

Cosmetic problems don’t always just involve the skin – sometimes they can be signs of a bigger problem under the surface. Skin tags, acanthosis nigricans, male pattern hair loss, hirsutism, and acne are all partly caused by insulin resistance and high insulin levels. That’s probably one reason why people get that “glow” when they start paying attention to food quality. A better diet improves their metabolic health, and the results are visible on the outside.

From a Paleo perspective, the good news is that diet can be a huge help in tackling insulin resistance. A good starting strategy is to figure out your optimal carb level and eat for good metabolic health – without getting into a huge amount of detail, basing your diet on high-quality animal foods, fresh vegetables, and healthy fats is a good jump-off point.