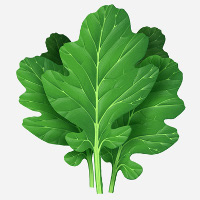 Did you know that squash – which is one of the sweetest vegetables around today – used to be so bitter you wouldn’t want to eat it?

Back in the Paleo days, wild vegetables were small, stringy, and incredibly bitter. But as soon as we settled down on farms, humans started breeding our food to be tastier: less fibrous, less bitter, and more carbohydrate-dense. The de-bittering (and de-fibering) of our diet sped up as we got better and better at food processing, until most people today don’t even eat the domesticated vegetables that our ancestors spent so long breeding. Even our painstakingly de-bittered broccoli and kale are “too bitter” for most people compared to chicken McNuggets and Snickers bars.

Here’s the problem with that: the compounds that give vegetables their bitterness are also powerful antioxidants that help protect us against inflammation and chronic disease. By processing bitterness out of our food, we’re losing out on essential health benefits.

On the other hand, taking cues from traditional recipes (backed up with modern food science) can help you tone down the bitter flavor of modern vegetables without losing out on the health benefits. As it turns out, it’s totally possible to make delicious recipes full of antioxidant-rich vegetables: the key is to not be afraid of fat. Here’s a look at why you want some of those bitter compounds in your food and how to add them back in, the tasty way.

What we lost in the great de-bittering.

A lot of poisonous compounds are bitter (cyanide, for example), so it makes sense for humans to have an instinctive distaste for bitter stuff in our mouths. When we eat for fun, people rarely pick vegetables, and even just within the vegetable category, research shows that people tend to prefer vegetables that taste less bitter and more sweet.

But as this study explains, the bitter taste in vegetables comes from polyphenol compounds with important antioxidant activity. Just to name one study as a proof of concept, this paper showed that arugula (rocket) varieties with the most antioxidants also have the strongest bitter taste…because the bitterness comes from the antioxidants.

Another case in point: coffee. Coffee is one of the few bitter foods still left in the typical American diet, and it’s also one of the few remaining antioxidant-rich foods. In fact, coffee is provides 20-45% of the antioxidants in typical Western diets. Coffee can account for such a huge percentage of our antioxidant intake, even though it’s such a small percentage of our total food/beverage volume, because it’s so rich in antioxidants, which is also what make it bitter.

These bitter-tasting antioxidants have a huge range of health benefits, especially when they’re eaten in real foods as part of your diet (the evidence for antioxidant supplements is much patchier). This review cites better blood sugar control and insulin sensitivity, improving metabolism in fat cells, and reducing inflammation. This one added reductions in blood pressure. They also do right by your gut bugs – and yes, there’s some evidence that they help protect against cancer.

An interesting fact: the benefits for blood sugar control might come specifically from the bitterness. You have bitter taste receptors in your gut – when those bitter compounds hit your GI tract, they signal your body to get ready for some incoming carbs. So for example, if you eat a big plate of beef, broccoli, and potato skillet, the polyphenols in the broccoli will get your digestive system ready for the accompanying carbs in the potatoes. Take out the bitter-tasting antioxidants and you no longer get that “warning signal,” so your body has to work harder to react to the carbs when they come down the pipe.

Adding bitter antioxidants to your diet, the tasty way!

First of all, it’s helpful to note that different antioxidants stimulate different bitter taste receptors and not everyone is equally sensitive to every type of bitterness. If you’re sitting here thinking “who are these weirdos who think that tastes bitter?” – you’re probably relatively insensitive to bitter tastes. But for the folks (especially kids) who can taste the bitterness, here’s where we can learn a thing or two from traditional food cultures.

Too many people think that vegetables are all horribly bitter because they’ve only had them as penitentially gross “health food:” raw kale with fat-free dressing or steamed broccoli without butter or salt. But that’s not how people have traditionally eaten vegetables, and it’s not how you have to eat them either.

“I love vegetables! Make my dreams come true and pair me up with some friendly salad greens!”

Fat is an essential part of traditional diets and a huge part of cooking with vegetables. And studies (one, two) on have shown that the presence of fat in the mouth dulls receptivity to bitter taste (in that first study, coconut oil was particularly effective!). If you eat a big kale salad with olive oil or a pile of baked cabbage in bacon fat, the vegetables will taste less bitter, but you’ll still get all the benefits of eating the bitter compounds. For the butter enthusiasts, milk fat will also do the trick.

As a side note, fat also helps you absorb all the fat-soluble vitamins from the vegetables – as long as it’s healthy fat and not some industrially processed “vegetable oil” creation, it’s basically nothing but good news

This study found that even small amounts of salt reduced the perceived bitterness of broccoli, spinach, and kale. And just to repeat: when it comes to health, pouring salt from a shaker onto your Brussels sprouts is not the problem. The real source of excess salt in the typical Western diet is salt added to processed foods, like bread and cookies, not salt added at the table.

The less stress you’re under, the less sensitive you’ll be to bitterness

No, really! This study found something almost unbelievable: stress increased sensitivity to bitter taste, at least in people who were “highly arousable” (if you’re highly arousable, it means you get emotional easily, whether the emotion is positive or negative).

This study went into more detail on emotion and taste. The researchers studied two neurotransmitters, serotonin (5-HT) and noradrenaline (NA). Noradrenaline is released when people were stressed: the higher people’s noradrenaline levels, the more sensitive they were to bitter (and sour) tastes. This was also true of their self-reported feelings of anxiety.

Part of this might be that stress increases inflammation. This study found that higher levels of the inflammatory protein TNF made taste buds more sensitive to bitter flavors (at least in mice).

So in short: take a deep breath, roast (or fry, or dress) your vegetables with the delicious Paleo fat of your choice, and salt them until they taste good. That way, you can get the health benefits of bitter polyphenols without having to plow through a pile of raw kale (unless that’s your thing!). In fact, you might even find that once you get used to the more complex tastes of real food, it even starts tasting better than the expertly formulated fat-sugar-salt confections all over the middle aisles.