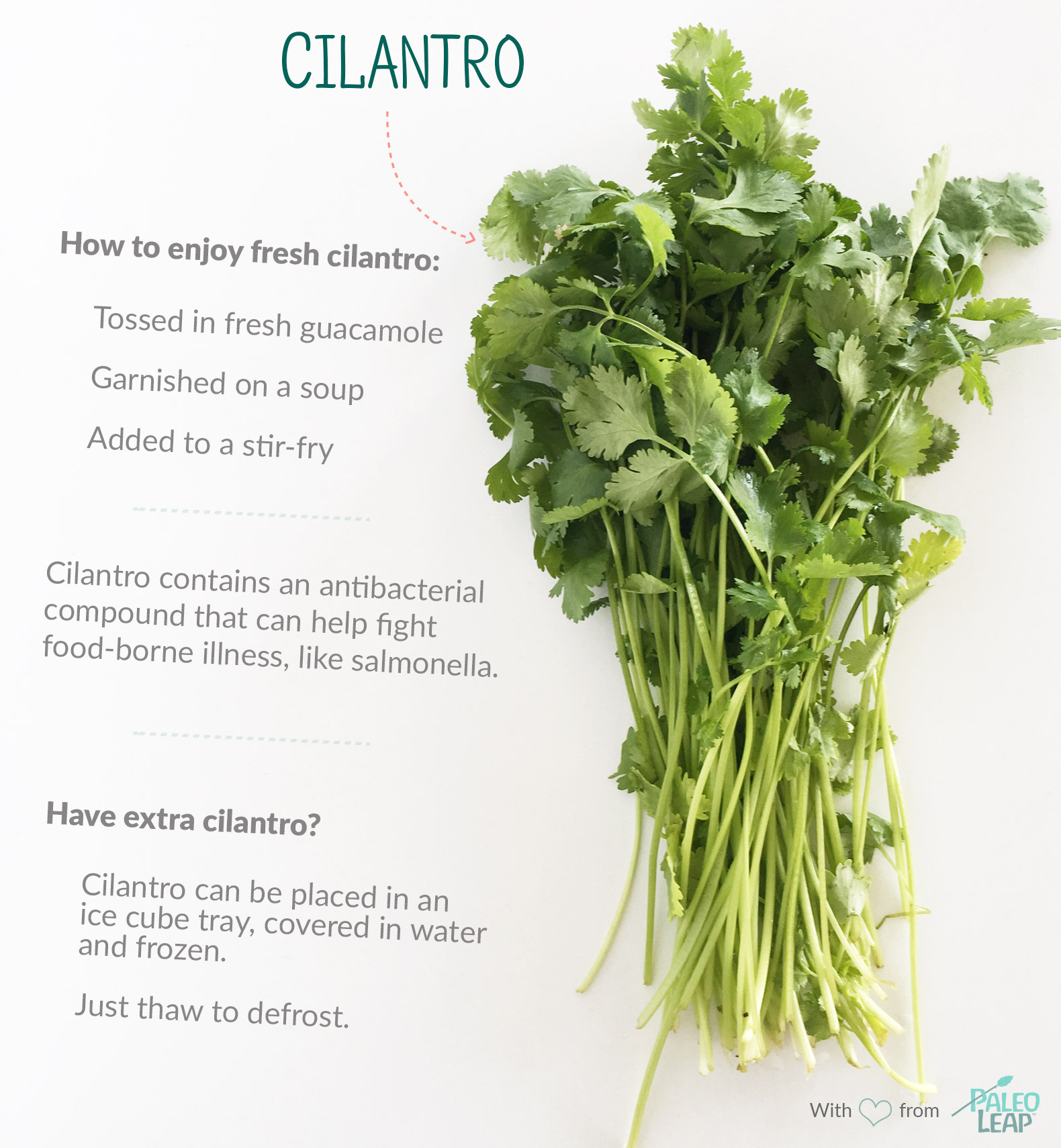 The leaves of a coriander plant are commonly known as cilantro. Cilantro has been shown to have an antibacterial compound that can help fight food-borne illness, like salmonella.

Fresh cilantro has large, flat leaves and looks quite similar to flat-leaf parsley. Cilantro is often found in Thai cuisine, and in Mexican cooking, like salsa, guacamole and meat dishes. If cilantro is used in heated dishes, it's usually added toward the end of cooking or as a garnish, like in a soup or stir-fry.

Here's how a serving of 1 ounce of cilantro stacks up in the context of a typical Paleo meal:

Orange dots show how 1 ounce of cilantro fits into the typical nutrient profile of a Paleo meal.

Enhance the flavor of a soup by garnishing with a handful of chopped cilantro leaves.

Cilantro in a green sauce or chimichurri is perfect!

Toss chopped cilantro leaves into a stir-fry dish toward the end of cooking.