There’s no one set definition of “picky eater,” but in general, picky eaters refuse to try new foods and/or eat only a very limited set of foods. Depending on which study you look up, the percentage of people who are picky eaters varies a lot although it does tend to peak in the toddler years and go down by age 6 or so. Some people are picky eaters for their whole lives, though – there are adults who still gag if they touch a vegetable.

Picky eaters tend to eat less meat (except for processed meat – they’ll eat bologna but not chicken drumsticks!) fruit, and vegetables – in other words, basically all the Paleo staples. If this is you (or your kid), the thought of eating meat and veg every day might seem totally overwhelming – here are 7 tips to help make it work.

1. Deal with any digestive issues right away

Some picky eaters report feeling really full, really fast, or they get bad heartburn. Other people are picky specifically because they know that lots of foods irritate their digestive system, so they feel nervous about trying new ones. Some suggestions for dealing with this:

This is really the low-hanging fruit of picky eating: if your (or your child’s) pickiness is really caused by digestive reactions rather than taste/texture aversion, then you can get pretty far just by healing your gut.

2. Lean on “gray area” foods for the transition. 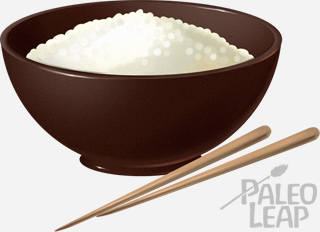 It rarely works well to go cold turkey from a diet of hot dogs and white bread to a diet of liver and raw broccoli, especially for a picky eater. A more reasonable approach could include adding new foods slowly while seeking out more Paleo-friendly alternatives for staples. For example, plain white rice with butter is better than bread, if only because white rice doesn’t contain the same antinutrients that wheat does.

Or if the picky eater in your house will only eat super processed meat (bologna, hot dogs, etc.), what about some healthier versions of those? There are lots of Paleo-friendly organic hot dogs in the world; they’re a bit more expensive, but they do exist. Work with what you have, and slowly move towards a more unprocessed direction.

3. Find foods and preparation methods that work with your (or your child’s) tastes.

There’s no one single food that’s required for Paleo, and with a little creativity, you can accommodate a lot of different tastes. Depending on what specifically is the issue, here are some suggestions:

Won’t eat meat unless it’s breaded/fried: Use almond flour or almond meal as a breading instead and carry right on! For example, try these mustard-crusted drumsticks.

Sensitive to bitterness/hates vegetables: it’s OK if you don’t want to eat tons of vegetables at first. Eat lots of animal foods and berries and use lots of spices for the antioxidants. When you start adding vegetables, roast them with lots of fat and add salt to taste. Or try sweeter vegetables with honey or maple syrup in the sauce, like these honey-roasted carrots or this this stuffed squash.

Won’t eat anything mixed: no problem; separate everything, just do it with Paleo foods!

Some research suggests that picky eaters make up for the food they won’t eat by drinking milk, juice, or other high-calorie liquids between meals. Water is always fine, but taking away calorie-dense drinks between meals might be the perfect way for a picky eater to work up enough of an appetite to legitimately want food at mealtime.

And as a bonus, getting rid of caloric drinks between meals will also help cut down on some of the extra sugar. Picky eaters already tend to eat more sugar than non-picky eaters; getting rid of fruit juice and sugary soda can really help. Can’t stand plain water? Try sparkling water, flavored soda water, or slowly diluting juice with water a bit more each time.

5. Don’t stress too much about nutrient deficiencies

This review found that picky eaters generally aren’t that much more at risk of nutrient deficiencies than typical eaters. Granted, typical eaters on the standard American diet aren’t usually doing so hot nutrient-wise, but they’re not typically keeling over from scurvy or rickets.  Vitamin E and folate were nutrients of some concern for picky eaters, but unless the person is literally eating only five foods or something totally extreme, the review indicates that it’s not likely to be an emergency. Humans are resilient creatures and adapt well to even less-than-ideal diets – there’s plenty of time to ease into things and add new foods slowly.

This study found that when researchers gave picky children a yogurt that they liked, changing the texture would cause them to reject it even though changing the color didn’t. This study also suggested that texture plays a huge role in picky eating. Specifically:

None of these are required on Paleo and you can skip them all if you like! Or skip whatever other food is just Not An Option for you.

Fascinatingly, this study found that when children could play with a texture with their hands first, they were more likely to eat foods with that texture. Asking kids to help arrange or prepare raw vegetables (like carrot sticks or orange slices) might be a good way to get in that first exposure.

7. Make it a dialogue

This study takes an interesting perspective: a lot of “picky eating” is in the eye of the parent. It’s normal for kids to temporarily go on crazes for particular foods or refuse to eat certain foods for a while. It’s not personal; it’s just what kids do. If parents get really anxious about this and start pressuring the kid, the kid picks up on it and gets anxious and resistant right back, and boom: an actual problem is born!

And high-pressure tactics don’t even work that well – this study found that pressuring kids to eat wasn’t associated with them actually eating more vegetables. Insisting on the short-term goal (getting the kid to eat the food on the plate right now) takes away from the long-term goal (teaching healthy eating patterns/habits for life).

Instead of insisting on a particular outcome, the first study suggests…

Basically, instead of “I need to make my kid eat this,” the approach is “my kid and I will communicate to help him/her learn and practice healthy eating patterns.” No word from the authors whether this approach works with spouses, partners, and the inner five-year-old that lives inside all of us, but it can’t hurt to keep the focus on building long-term habits rather than fixating on any particular piece of broccoli.

As for the individual household rules – like whether you will or won’t make separate meals for the picky eaters, or what kinds of snacks are allowed between meals – that’s for each family to decide based on what works for them, but the dialogue/long-term approach is a good way to start thinking about it.

What’s your favorite picky-eater Paleo recipe? Got a no-fail strategy? Let us know on Facebook or Twitter!