So, you want to try Paleo? You’re in the right place! Below is the quick-start version of Paleo. It’s designed to get you off the ground fast, without getting swamped in all the details. You can do the fine-tuning later, but right now, the most important thing is to just get started and get the momentum going. 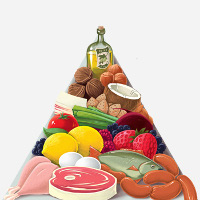 What do I eat? 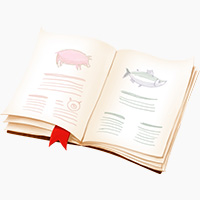 How does it work?

What do I Eat?

Foods that are irritating to the gut, cause inflammation (learn why inflammation is bad), or cause blood sugar spikes.

Foods that some people tolerate fine, but other people need to eliminate

Eat protein, fat, and carbs in a ratio that works for you. Some people do very well on a low-carb diet and others don’t. Paleo doesn’t require any one particular amount of protein, fat, or carbs.

Here’s a meal template to start out with. This works for a lot of people, but it’s not perfect for everyone. Adjust it to fit your personal needs and preferences.

On Paleo, calorie-counting is strongly discouraged. Here’s why.

How does it Work?

Did you ever wonder how humans went for millions of years without knowing what a calorie was, much less counting them, and in that whole time there wasn’t any such thing as the “obesity epidemic”? In their natural environment, human bodies can regulate their own appetite, weight, and hunger.

In the modern world, lab-created processed foods are deliberately designed to overwhelm your body’s hunger and fullness signals (a good book on this is Salt, Sugar, Fat, by Michael Moss). Most of these foods are also irritating to the gut and inflammatory, so they cause other chronic diseases as well (for example, liver diseases).

Paleo is about getting rid of those foods, so your body can regulate itself, without you having to white-knuckle through constant hunger while you count up every calorie. In general, this means eating the foods that humans evolved with, and avoiding post-agricultural foods like grains because we just haven’t evolved the ability to digest them well. But it’s not about imitating cavemen. It’s about using scientific evidence and reasoning – including evolutionary evidence – to figure out what works best for people today.

Didn’t cavemen die at 25? Why would you eat like that?

No. The average age of death in the Paleolithic was young because so many babies died of infectious diseases that had nothing to do with diet. But if you survived to adulthood, you had a decent shot of living to middle age. Read more.

Is Paleo a low-carb diet?

It can be, but it doesn’t have to be. You can adapt Paleo principles to any combination of protein, carbs, and fat.

Isn’t all that saturated fat and cholesterol bad for you?

The short answer: no. Even the Dietary Guidelines for Americans recently got rid of the cholesterol limit because there’s just no evidence that limiting dietary cholesterol is healthful.

The long answer: read more about why limiting dietary cholesterol doesn’t make sense, the evidence in favor of cholesterol, and why saturated fat won’t kill you.

Do I have to do CrossFit to be Paleo?

No. There’s a lot of overlap, but you can do any kind of exercise you like – or none at all. Exercise is a great way to improve your health, but weight loss is 90% diet.

It depends! Every person loses weight differently, and anyone who promises you effortless guaranteed weight loss is lying through their teeth.

Read more about what to expect from Paleo weight loss.

“Am I doing it right?” Checklist

The beginner’s guide to Paleo and fat

Getting started with meal planning

The beginner’s guide to Paleo breakfasts

Just like our bodies aren’t adapted to modern food, they’re also not adapted to being up all night on our smartphones!

Why you need to sleep to lose weight

How to get a good night’s sleep

Modern stress isn’t Paleo any more than modern food – and there’s mounting evidence that it’s dangerous to your health.

How stress wrecks your metabolism

Sugar, stress, and your brain

In defense of exercise for weight loss