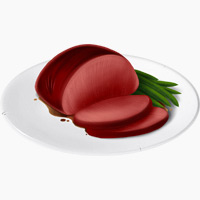 For yourself, you might be perfectly happy to dump a can of tuna on top of some lettuce and call it lunch (or dinner, or breakfast…). Even if you’re cooking for a family, the pressure is low and you’re probably familiar with everyone’s tastes. But what if you’re in charge of feeding a group?

With the holiday season coming up, parties and family dinners can quickly turn into a headache – but they don’t have to be! Here’s a guide to making it all work.

If you’re following traditional menu (e.g. turkey and cranberry sauce on Thanksgiving), then it’s almost easier, because you don’t have to plan what to serve, only how to make it tasty. But even if you don’t have a traditional menu to rely on, the principle is the same: focus on what you are eating, not what you aren’t, and serve dishes that highlight what Paleo food does incredibly well:

A few other general tips for meal planning:

Even if you serve the most delicious, gourmet-restaurant steak and salad, most people will expect bread with it because that’s what they’re used to seeing. You’re going to have to decide what you want to do with this. Here are some potential ways you could manage it:

There’s no right answer; it’s all about what works for you and your guests.

And now the fun part: what to eat! It’s impossible to cover every occasion, but here are some menu suggestions for a few potential needs.

With potlucks, you want something that’s relatively inexpensive to make for a big crowd, easy to store and transport, and a classic crowd-pleaser. Here are some ideas:

For something like the Superbowl, here’s a menu of many smaller dishes for easy snacking: think of it as more like a tapas-style meal than a traditional three-course dinner.

Looking for Thanksgiving recipes and menu ideas? Here you go! And keep watching the site: more will be coming up in a later post!